The Metaphysical Mysteries are now holding podcasts to help you learn all you need to know about our spirit realm and what could really be at the centers of our lives and universe. If you are one of us and are intrigued by tarot cards, zodiac signs and meanings, earth sciences and of course anything that falls under holistic healing and electromagnetic therapies are welcome to listen in to this unique experience.

The History Of Metaphysics

For those who are new to the idea and experience of metaphysics here is just a little bit of history to give you a better understanding of metaphysics.

So, what entirely is metaphysical studies? The history of metaphysics started all the way back in Western philosophy. Metaphysics began with speculations by the Ionian cosmologists in the sixth century BCE. Inside the origin of the physical universe, the matter or stuff from which it is made, and the laws or uniformities everywhere present in nature. Metaphysics is a major branch of philosophy. It concerns existence and the nature of things that exist. Apart from ontology, metaphysics concerns the nature of, and relations among, the things that exist. The metaphysical idea that reality exists independently of one’s mind and yet can be known is called realism.

Parmenides of Elea was a Pre-Socratic Greek philosopher. As the first philosopher to inquire into the nature of existence itself, he is incontrovertibly credited as the “Father of Metaphysics.”

As the first to employ deductive, a priori arguments to justify his claims, he competes with Aristotle for the title “Father of Logic.” He is also commonly thought of as the founder of the “Eleatic School” of thought—a philosophical label ascribed to Pre-Socratic who purportedly argued that reality is in some sense a unified and unchanging singular entity.

Cosmology – a central branch of metaphysics, that studies the origin, fundamental structure, nature, and dynamics of the universe.

Physical cosmology – study of the largest-scale structures and dynamics of the Universe and is concerned with fundamental questions about its formation, evolution, and ultimate fate.

Big Bang cosmology (standard) – cosmology based on the Big Bang model of the universe. The Big Bang is a theoretical explosion from which all matter in the universe is alleged to have originated approximately 13.799 ± 0.021 billion years ago.

Plasma cosmology – a non-standard cosmology whose central postulate is that the dynamics of ionized gases and plasmas, rather than gravity, play the dominant roles in the formation, development, and evolution of astronomical bodies and large-scale structures in the universe.

Religious cosmology – body of beliefs based on the historical, mythological, religious, and esoteric literature and traditions of creation and eschatology.

Abrahamic cosmology – The cosmology of all Abrahamic religions, including the Biblical Cosmology of Judaism and Christianity, and Islamic Cosmology. Based on the ancient writings from each of these respective religions, it entails a conception of the Cosmos as an organized, structured entity, including its origin, order, meaning and destiny.

Ontology is the philosophical study of being. More broadly, it studies concepts that directly relate to being, in particular becoming, existence, reality, as well as the basic categories of being and their relations. Traditionally listed as a part of the major branch of philosophy known as metaphysics, ontology often deals with questions concerning what entities exist or may be said to exist. It also explores how such entities may be grouped, related within a hierarchy, and subdivided according to similarities and differences.

The word “metaphysical” literally means “above the physical.” All religions are metaphysical to a degree in that they accept various beliefs on faith. Not just on physical evidence. Flexer, realizing a need for deeper peace in the lives of people, founded a new religion which they called Metaphysical Christianity

Expand your thinking. Be open to new research and interpretation of existing texts and knowledge. Here at the Metaphysical Mysteries, we want to provide you with all the spiritual education we possibly can. Do you have a guest speaker you would like to hear on our podcast? Just send us an email by clicking here.  Not only will we help provide you high-quality research and things that could apply to you.  But also revealing secrets and unveiling mysterious data inside of the metaphysical field. 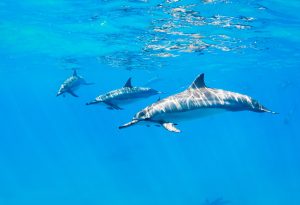 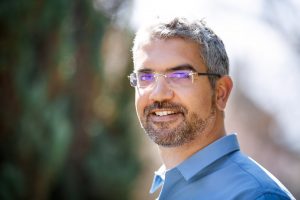 Best podcast for metaphysics and science

Marty Lucas the Founder of Every Advantage | The Metaphysical Mysteries Podcast